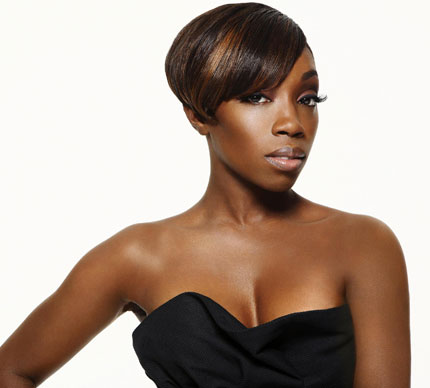 Found this article  about skin color in the entertainment industry and I thought I would share it.  Unfortunately this bias is still true not only for women in the industry but also men. How many girls do you see screaming for Idris Elba, Wyclef or Derek Luke? They are all in line for Chris Brown and Will Smith.

Turn on your television set and this is what you’ll see: a variety of female Urban performers adorned in the latest fashions, tossing their hips and belting for their audiences. However, if you look pass the glitz and the glamour, you will notice that they almost all look the same – light-skinned, slim built women, wearing the an assortment of weaves and wigs. What you are in fact witnessing is the mold of the ideal woman in the music industry.

For decades, women of colour have been forced to adopt the styles and appearance of their Caucasian counterparts in an effort to achieve mainstream appeal. Acts such as Aretha Franklin and Ella Fitzgerald were adorned with wigs and blush in their early careers; arguably forced to adjust their looks to be more marketable to US mass media audiences. In fact, Diana Ross rose to a position of prominence, not just because of her talent and music, but also as a result of her light skin and Caucasian features.

That trend continues to this day, with artists such as Mariah Carey, Alicia Keys and Beyonce dominating the airwaves while their darker contemporaries are struggling to access the mainstream audience. Kelly Rowland, for instance, …

[ from That Grape Juice]

Kelly Rowland, for instance, enjoys chart-topping success in countries such as UK, where skin tone is no longer regarded as a definitive factor  in artists’  success. Yet regardless of how well or not she’s been promoted, she’s yet to have an impact as a solo act in the US, a fact arguably attributable to her complexion.  Quite notably, few dark-skinned African-American performers have been able to ascend to the top of the charts, with Whitney Houston, Lauryn Hill and Mary J. Blige providing rare examples of such cases. This despite there being a wealth of talent among artists from all races, hues and complexions.

Hence, it is clear that, as far as success in the US music industry is concerned, light is indeed considered ‘right’. As long as the ideals and politics governing skin colour remain active, darker-skinned artists will continue to find themselves pigeonholed on the R&B formats, without garnering mainstream appeal. That is unless they are willing to purchase lace front wigs and bleach their skin in an attempt to capture it or, more ideally, the industry finally experiences a major change for the better.

Do you think that skin colour is a major factor in the music industry?